I am behind in posts.  This always seems to happen as days goes by.  I am having bike issues again but that will be for Day 9.  😉

When I left Three Rivers, CA I wasn’t sure where to head.  I don’t know why but Vegas for the hell of it kept popping into my head.  Soooo…what does one do when they don’t have a plan?  Go to Vegas.  😉

Not having a plan can sometimes not work in my favor.  I arrived in Vegas at night.  What I should have done even though I was exhausted was ride through the strip at night and then head out-of-town to find a hotel on the way to Hoover Dam.  That would have been a better way to see Vegas on my bike but I made the best of it.  Traffic was not that bad but once I got down to Old Vegas…I left.  When I am on my bike I do not really like cities or being around too many people.

This was mainly a riding day after the Hoover Dam.  I am so glad I went to the dam because I don’t ever remember going there as a kid with my parents.  I was very fortunate growing up.  My parents took all of us…my siblings touring around the USA every summer while I was growing up.  We saw each state via a motor home.  Not a bad way to travel as a family except when we fought there was absolutely nowhere to run or hide. 😉  Anyway, going places where I went as a kid or not on a bike and on my own has been such an eye opener.  I love seeing things as an adult, nothing feels repetitive.

The landscape in the desert is quite dynamic.  At least for me.  I also think riding when the temperatures are tolerable has allowed me to really soak in the beauty of the desert.  Been through Idaho, Washington deserts in the summer and when I ride in let’s say 40 C over triple digits F, I rarely see beauty.  I see where I can find a/c.  Much rather ride in the cold.  AS for this trip?  So far…it’s been an overwhelming joy to ride this part of the country in the Winter.

No real fog to contend with this day and so far the fog has not been freezing fog.  That flash freeze you get when you ride through fog?  I have had it happen to me many times and grateful so far it’s just a nuisance.

The ride to the Dam is actually a cool short little road.  As for traffic?  There are not very many tourists around in the Winter so I am finding these attractions to be tolerable.  In and out real fast.  That is for me a much better way to see touristy places.

When you ride across the Hoover Dam you technically can be in 2 states at one time.  Nevada and Arizona.  A friend of mine was watching my Spot and sent me that screen shot above when I was caught between the states.  You have to back track to Nevada before really entering AZ but  this was pretty cool to see my little green rider caught online.

Hoover Dam, once known as Boulder Dam, is a concretearch-gravity dam in the Black Canyon of the Colorado River, on the border between the U.S. states of Arizona and Nevada. It was constructed between 1931 and 1936 during the Great Depression and was dedicated on September 30, 1935, by President Franklin D. Roosevelt. Its construction was the result of a massive effort involving thousands of workers, and cost over one hundred lives. The dam was controversially named after PresidentHerbert Hoover.

It’s massive and I think looks like a piece of art and the surrounding area is amazingly beautiful.

I met a couple from Ontario, Canada while I was loitering at the Dam.  Nice people and they always travel in the winter via their car.  The husband rides a 650GS and of course we got to talking for a bit about trips etc.  I seem very social this trip.  I say this because I am usually so focused on getting from point A to B, I don’t recall talking to so many people for such great lengths.

The Memorial Bridge is another piece of art.

The Mike O’Callaghan–Pat Tillman Memorial Bridge is an arch bridge in the United States that spans the Colorado River between the states of Arizona and Nevada. The bridge is located within the Lake Mead National Recreation Area approximately 30 miles (48 km) southeast of Las Vegas, Nevada, and carries U.S. Route 93 over the Colorado River. Opened in 2010, it was the key component of the Hoover Dam Bypass project, which rerouted US 93 from its previous routing along the top of Hoover Dam and removed several hairpin turns and blind curves from the route. It is jointly named for Mike O’Callaghan, Governor of Nevada from 1971–1979, and Pat Tillman, an American football player who left his career with the Arizona Cardinals to enlist in the United States Army and was later killed in Afghanistan by friendly fire.

After chatting for about an hour or so I was ready to head towards the Phoenix area.  On my way out I got what I think is this cool shot of the other side of the dam.

Even though this picture makes it appear the dam is disorganized it’s not.  Again such an amazing structure to visit and I have been told not to go here it’s a tourist trap.  Perhaps when hundreds are around but if I could make suggestion any rider out there.  Go see this thing 👍 off season.  You won’t regret it.

I was about 90 mins outside Phoenix, AZ and I was getting really tired.  I was stopping a lot by this time.  Eating, drinking did not do the trick so I pulled over to take a break.  All of a sudden I hear the sound barrier breaking.  I look up and there were 4 fighter jets doing a practice run I suppose but felt like my own private air show.  No pics because I don’t anything other than my point and shoot, but let me tell you…it was so freaking cool.  I LOVE jets and you know when they break the barrier?  You see that little bright flash of fuel vapor pop in the sky.  Looks like a flash of light.  Well?  All four were doing that and looked like they were having a great time.

They for sure entertained me for about 45 mins.

There are some funky cacti around this region.

After my air show I tried to make it to some virtual friends house, Terry and Heather but I feel short.  Stayed at hotel about an hour way from their house.  Turned out to be OK, I stayed there on Day 8.  Great trip, nice people, amazing sights…weather good but I know my luck can’t  last.  I have a feeling this will be a longer trip than initially thought.  Hmmm, we will all find out how long at the same time. Leslie 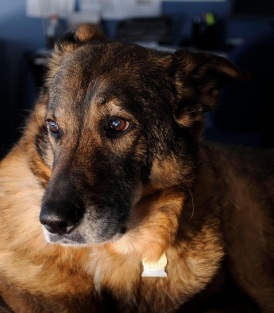 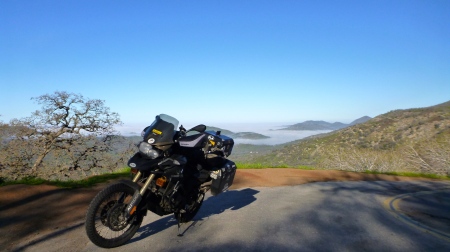 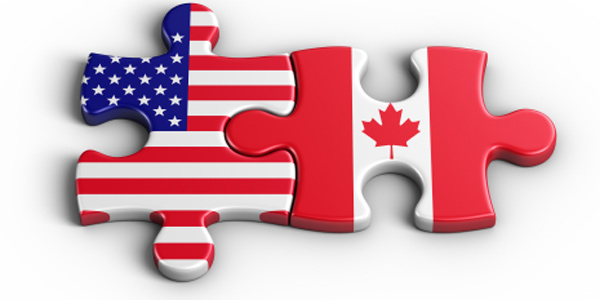 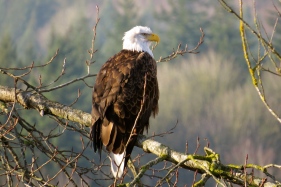 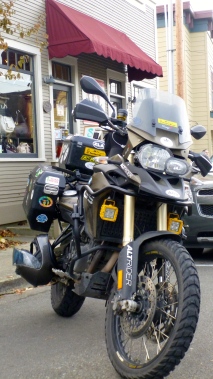 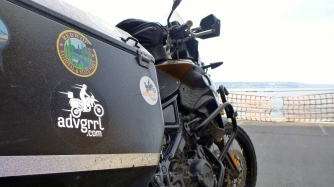 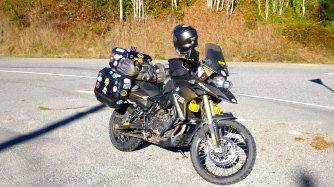 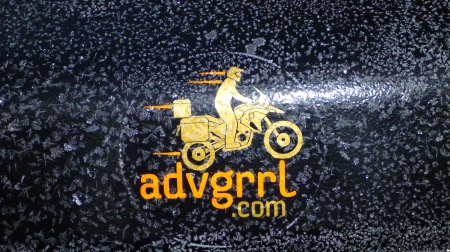 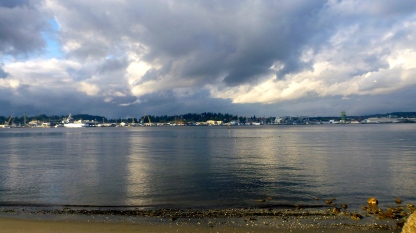 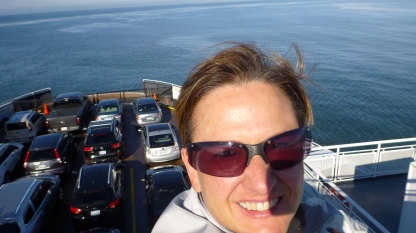 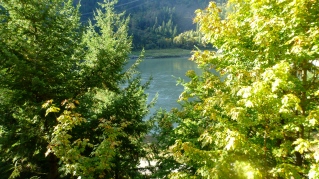 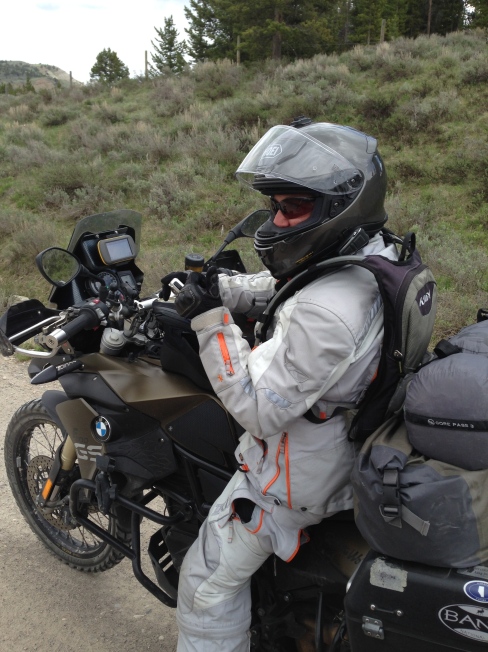 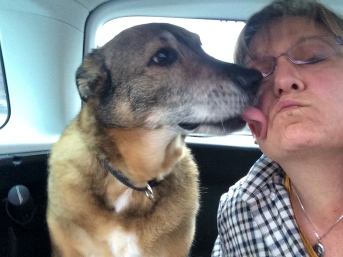 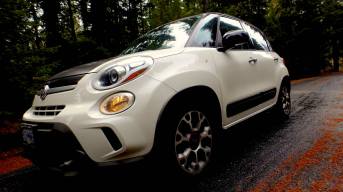 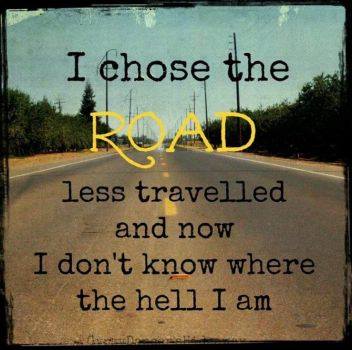 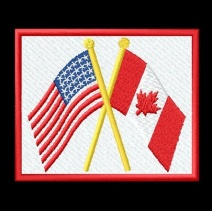 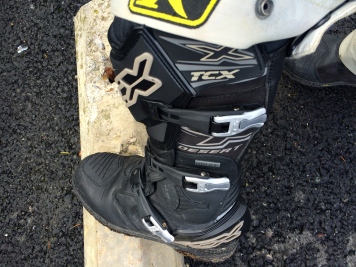